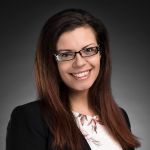 Most of us have already signed at least one document via an electronic signature application, but you will have also been in situations where your solicitor has required you to sign a document in wet ink.  In fact, having experienced electronic signature, you might be asking yourself, in this day and age, how can we still be signing documents in wet ink?

The truth is that signing documents electronically is now accepted for most documents, but there remain some exceptions.

In this article, we look at what documents can be signed electronically and what makes an electronic signature legally effective.

Contractual documents can generally be divided into two broad categories, deeds and agreements.

A deed is a document usually by that name or which states that it is signed as a deed.  It is used for particularly important contractual relations, or contracts where a person covenants either unilaterally or without receiving consideration for their obligations.  For example, confidentiality agreements, promissory notes and deeds of settlement of disputes, are usually drawn as a deed.

There are two critical requirements of a deed which matter from an execution perspective:

The other class of contractual document that exists broadly, is an agreement, and this class really encompasses all other documents entered into to create legal relations between two or more parties.  The validity of a person’s signature of an agreement can still be called into question, but the mandatory formalities of a deed do not apply, so these documents lend themselves to greater flexibility of execution.

One note to be made before we go any further relates to companies.  National legislation was introduced some years ago providing for how deeds and other documents may be signed by a company under section 127 of the Corporations Act 2001 (Cth), sometimes referred to as an execution under seal.  This provision states that a company may sign any document, including a deed, by the execution of its sole director, or in the case of a company with more than one director, two directors or a director and the company secretary, without a witness.  Any third party is entitled to assume that a person signing a document under section 127 is duly authorised to sign the document on behalf of the company, and that all requirements for the company to enter into the document have been complied with.  This means that an execution by directors of a company under section 127 is sufficient to bind the company without the need for a witness to those executions.

Signing and exchanging of documents by facsimile and email

For some time now all manner legal contracts have been signed and exchanged by email and facsimile.  Each State and Territory has a piece of legislation, the Electronic Transactions Act, which permits legally binding relations to be created by electronic means, including the exchange of legally binding communications by email or facsimile means, if the parties have agreed to it.

The use of electronic signatures

Electronic signatures have become more popular in recent times and especially during the Covid-19 period because the obvious benefit of an electronic signature is that it can be made on the go, from any computer or device that has internet connection, including your mobile phone, without having to print, sign, scan and email a document.  Electronic signatures which are made with the use of particular levels of authentication methods, could arguably be more reliable than a wet ink signature in certain cases.

So, if electronic signatures are so great, why aren’t we signing everything electronically?

Generally, all agreements are able to be signed electronically, as the Electronic Transactions Acts do not discriminate as to what amounts to electronic execution.  The courts have also openly accepted that there is little distinction between a wet ink signature and an electronic signature.  See for example the judgement of Justice Harrison in Stuart v Hishon [2013] NSWSC 766: ‘Mr Stuart typed his name on the foot of his email.  He signed it by doing so.  It would be an almost lethal assault on common sense to take any other view.’  That said, there are some limitations.

Documents that cannot be signed by electronic signature

Firstly, according to most lawyers, the jury is still out on the application of electronic execution to deeds. Whilst it ought to be possible to witness electronically by both parties being in the same room and both electronically signing, the law on the electronic attestation of a document remains untested. Most solicitors take the more cautionary approach of requiring deeds to be signed in wet ink, with the witness present at the time.

Early in the Covid emergency, most States and Territories introduced legislation that permitted documents such as deeds, affidavits, wills and powers of attorney to be signed electronically. Unfortunately, so far, Victoria is the only State to have made its legislation permanent which means deeds may be signed electronically in Victoria. In other States and Territories, it is important to verify the execution requirements of these documents according to the relevant jurisdiction. In Queensland, the temporary legislation permitting electronic execution of deeds, affidavits, wills and powers of attorney has been extended to the end of September 2021. Unless extended further or made permanent, the situation will revert to the generally held view that deeds should not be signed electronically in Queensland.

But what about companies which can sign under section 127 without a witness? I hear you ask. Unfortunately, the most recent judicial view on the execution by corporations electronically was given in the decision of Bendigo and Adelaide Bank Limited ACN 068 049 178 & Ors v Kenneth Ross Pickard & Anor [2019] SASC 123, wherein the Supreme Court of South Australia held that section 127 of the Corporations Act 2001 (Cth) excludes the application of the Electronic Transactions Acts. Signatures under section 127 must be in wet ink by all directors signing in the presence of one another on the one document.
Again, the Federal Government enacted covid measures to allow companies to sign and hold meetings electronically, but unfortunately, these measures expired in March 2021, and the Federal Government has not yet been able to make them permanent. This means that, throughout Australia, the view generally held by legal practitioners is that companies should not sign by electronic signature.

There is, of course, the further instance of documents which specifically prohibit the use of electronic signature, either in their text or by mandate under applicable legislation or regulatory guideline. This might include land title documents and government forms which, subject to the requirements of each jurisdiction, are usually required to be signed in wet ink.

It is important to remember that the ability to sign a document electronically, if possible, does not do away with the need to ensure that the signature is reliable.  The onus of proof that a person did sign a document, rests with the party intending to enforce the document.  Insecure execution methods clearly lend themselves to arguments of fraud and other disputes as to lawful execution.

With electronic execution becoming ever more common, there are now several providers of electronic execution software for contacts, which have varying forms of authentication or security procedures to make the signature evidentiary sound.  Common security procedures include a PIN number sent in a text message, the use of an authenticator application, or a codeword that only the document creator knows and is communicated securely to the signer (say by phone call).  Some providers will permit the choice of security procedure based on the importance of the document being signed.  A digital certificate is then issued that links the document to the person signing, according to the chosen method.

There are software applications that allow a person to sign any document electronically by affixing an electronic signature created by the person’s own software.  However, where the creation of the execution profile cannot be verified, it may be difficult for another party to accept such an execution for important documents.

We hope this article has given you some insight in the execution of documents electronically.  You can book your free consultation session with Nadia directly via LawTap or contact her today on +61 7 3001 2913.

Protected: Health Practitioners Beware of Urgent “Public Interest” Restrictions That Can Be Placed on Their Registrations

Should the Trustee of a Family Trust be an Individual or a Company?