Tripping over the doormat: Basic Threshold Issues to Get Right in Trade Mark Litigation 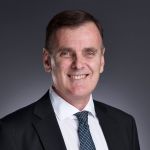 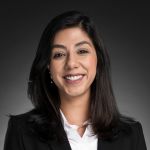 The dismissal of the PDP Group’s (PDP) special leave application to the High Court¹ on 9 December 2021 is a timely reminder for practitioners to get the basics right in trade mark infringement proceedings. The fundamental basics that are really trade mark litigation “101” include:

In respect of all these points, PDF failed wickedly.

In a resounding win for Grasshopper Ventures Pty Ltd (Grasshopper) over PDP’s ill conceived and fundamentally flawed case, the High Court supported two lower Federal Court decisions in dismissing PDP’s claims of trade mark infringement, misleading or deceptive conduct, passing off, and most of the claims for rectification of the Trade Mark Register for some classes of Grasshopper’s mark.

PDP’s self-inflicted woes (and relevant to point (a) above) started with the uncontested fact that the two PDP marks were registered to separate PDP Group companies and were found to be substantially identical, covered the same common categories of goods, and only one of the PDP Group companies had always been the user of both marks.

PDP endeavoured to rely on the nexus of control recognised in Trident Seafoods Corporation v Trident Foods Pty Ltd [2019] FCAFC 100 to argue there was a ‘unity of purpose’ and ‘actual control’ of one Group company by another.  PDP also sought to primarily rely on a licence agreement and that the two companies were controlled by the same director.

The decision of Pham Global Pty Ltd v Insight Clinical Imaging Pty Ltd [2017] FCAFC 83, delivered by the Full Court of the Federal Court some nine months before PDP commenced proceedings against Grasshopper for trade mark infringement, should have been a timely reminder that defects in a trade mark registration cannot be “cured” by subsequent assignment.

In her first instance decision², Justice Markovic summarized the law relating to trade mark ownership in the following terms:

Ultimately, the Court agreed with Grasshopper that PDP’s arguments based on Trident were not factors relevant to the question of ownership and held that one of the PDP Group companies was not the owner of one of the PDP marks. However, despite these findings, the Court decided not to exercise its discretion under section 88 to cancel the registration of that mark on the ground that maintaining the status quo would not result in any confusion.

In respect of the further threshold matters (referred to at points (b) and (c) above), PDF rather “tripped over the doormat” on them as well. At first instance and on appeal, the Court used the opportunity to confirm that even if infringement were established, Grasshopper, which merely authorised use of its trade mark to its trading entity, could not be the subject of an action for direct liability under section 120 of the Trade Marks Act. The act of authorising the use of a trade mark is not capable of constituting trade mark infringement as authorization of use of a mark is not “use” of a trade mark for the purposes of section 120 of the Trade Marks Act. Joining the correct party (after having been placed on notice early in the proceedings) and pleading joint tortfeasorship against Grasshopper would have been the conventional, orthodox approach for PDP to have adopted.  Had PDP done those simple things then a lot of problems would have been avoided.²

This was recognised by the Full Court, at paragraph 42 of the judgment 4, where the Court stated:

The facts of the present case do not frequently arise. This is because the well-established law in relation to joint tortfeasorship provides an available means by which an alleged infringer, who has not engaged in a primary act of infringement within s 120, may nonetheless be found to infringe: see, for instance, Hashtag Burgers Pty Ltd v In-N-Out Burgers, Inc [2020] FCAFC 235; (2020) 385 ALR 514 at [136]-[141] (Nicholas, Yates and Burley JJ). For unexplored reasons, joint tortfeasorship was not alleged in this case.

As was observed by the Full Court, this is a well-traversed area of law with a simple solution. So it is surprising that this point in particular was the subject of the application for special leave to the High Court. It is even more surprising that PDP simply did not join Grasshopper’s trading entity as a party to the proceedings and plead joint tortfeasorship against Grasshopper.  This is particularly so as Grasshopper was explicit in its pleading in its defence that authorization is not use for the purpose of section 120 of the Trade Marks Act. The High Court’s dismissal of PDP’s special leave application confirms the existing mechanisms are sufficient to deal with any complexity that might arise as result of licensing arrangements between direct and indirect infringers of a trade mark.

All in all, the judgments in the PDP v Grasshopper litigation serve a salutary lesson to get the basics right. There is little chance of success if one trips over the dormat so as to not even cross the threshold!

If you would like to learn more about this article, please contact Michael Coates, Michael Finney or Shereen Parvez.

[3] However, PDP would still have lost the case given the findings at first instance and on appeal rejecting PDP’s contentions of deceptive similarity.

The NFT – perils and pitfalls in the commercialisation of copyright works