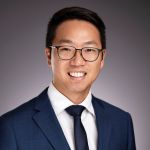 A number of changes were recently made to the Associations Incorporation Act (‘Act’) some of which we have highlighted in previous articles.

One particular change which appears to have been quietly added in is an additional section 91B of the Act. There appears to have been little commentary or discussion around this change, but Members must be aware that they are now potentially open to new claims for personal liability when managing an Association facing financial difficulties.

Section 91 previously stated that the winding up of an association is to be done in accordance with Part 5.7 of the Corporations Act 2001.

The new Section 91B now provides that both parts 5.7 and 5.7B, divisions 1 and 2 of the Corporations Act are applicable procedures for associations looking to be wound up.

This might seem like a very boring and minor amendment, but it has some very serious potential changes for Associations and committee members (“Members”).

As set out in our previous article, Justice Jackson declared in Robson v Commissioner of Taxation[1] that part 5.7B of the Corporations Act (“Part 5.7B”) did not apply to the winding up of incorporated associations. The impact of this decision meant that liquidators could not pursue voidable transaction claims such as unfair preference claims, unreasonable director related transactions and other voidable transaction against Members.

Facts of the case

The facts of that case are:

Justice Jackson further commented at paragraph [63] of his judgement that:

the possible conclusion is that the effect of the current statutory provisions was unintended and is a mistake. The effect could be reversed if s 91(2) of the AIA were amended to provide or construed to mean:

It appears that the legislature has done exactly as Justice Jackson suggested and the position for Associations has now been reversed.

From our reading of the amendments, it appears clear that if those provisions had been in effect at the time Justice Jackson handed down his decision the members would have been liable to pay a substantial amount personally to the ATO.

Unlike the insolvent trading provisions which are not expected to start until June 2021 these amendments are already in force.

Based on our experience when dealing with SME businesses a Member is far more likely to be pursued for this sort of indemnity claim by the ATO than they are for insolvent trading by a liquidator.

Members of associations must be aware of potential personal liabilities claims made pursuant to Part 5.7B which apply now.

Members and Associations facing financial difficulties should seek advice as soon as possible to get their affairs in order and consider taking action such as appointing a voluntary administrator or winding up the Association voluntarily to avoid becoming personally liable.