Neighbours and the Fights we Have Over Water

Nuisance and the Law of Overland Flow Spencer Slasberg 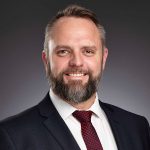 Rarely do developers get to build on completely flat land where everyone is affected equally by the fall of water from the heavens. Most often, one neighbour will be higher or lower than his neighbours and that inevitably brings into play the immutable law of gravity.

Suppose we are buying land that is downhill from another person’s property. In that case, we have to expect there is going to be some flow of water down onto our property, and good building practice will ensure that as a low-side neighbour, we will include some adequate measures in our own yard to make sure we aren’t too badly affected by this inevitable flow.

It is not always the case, though, that as a low-side neighbour, one must accept the water as it comes and where a higher neighbour does something to their land that changes the natural flow of water, which causes the water to flow in a more concentrated way.

That neighbour may become liable for any loss or damage caused by these concentrations.

The High Court in Gartner v Kidman considered this situation and said:

The higher proprietor: He is not liable merely because surface water flows naturally from his land onto lower land.

He may be liable if such water is caused to flow in a more concentrated form than it naturally would.

It flows in a more concentrated form than it naturally would if, by the discernible work of man, the levels or conformations of land have been altered, and as a result, the flow of surface water is increased at any particular point.

If a more concentrated flow occurs simply as the result of the “natural” use of his land by the higher proprietor, he is, generally speaking, not liable.

What is regarded as “natural use of land”?

The issue here is what is regarded as “natural use of the land”. In a recent District Court of Queensland decision of Graham & Anor v Alic & Anor [2022] QDC 106, the court had to consider this very point.

The applicants were low-side neighbours to the respondents in a residential neighbourhood by way of background. The street was originally a reasonably steep but consistent slope.

Before the applicants had purchased their property, the respondents built their house and in doing so cut a flat slab on the high side of their yard to build the house on. They took all of the soil they had cutaway, approximately 800m3, and placed it along the boundary of their property to create a tiered effect down from their house. They then built a timber retaining wall running part way along the property starting from the front boundary to hold in the soil.

The applicants then moved into their property.

The flat tier of land that the respondents had created, just below the house pad, was an effluent treatment area, which had a ridge that ran along its edge (‘the bund”) before the land then sloped down again towards the retaining wall and the applicants’ property.

The respondents then decided to move the effluent treatment area to the back of their property. In doing so, they flattened the bund and increased the steepness of the slope between the flat tier and the retaining wall. They also placed topsoil and grass seed along the slope.

The next rain event saw the applicants’ land inundated with topsoil and grass seeds. What also started to become apparent over time was that water was beginning to flow over, through and under the retaining wall in concentrated flows and for up to several days after rain.

Through the course of the trial, it turned out that all of the soil the respondents had dumped along the boundary was acting as a sponge, soaking up lots of the rainwater that would ordinarily have just flowed down the hill and across the applicants’ land. It was also apparent that there were several defects in the retaining wall, primarily to do with the drain pipe at the base of the retaining wall. This subsoil drain was designed to collect the additional water building up behind the wall and direct it to the front of the property and onto the road.

During the trial, the applicants arranged to have a plumber stick a camera down the drain, and it was then revealed that the pipe was blocked at both ends, it bowed in the middle so the low point of the drain was actually about halfway along the wall, not the front end of the wall and the pipe had a large split in it about a third of the way along, unsurprisingly, right where some of these concentrated flows were observed and causing gouging in the applicants’ soil.

In bringing their application to stop the nuisance, the applicants relied on the evidence of a hydrologist, who compared what the flow of water would have been with the respondents’ house in place but before the retaining wall and earthworks were completed, with what the then-current flow of water was.

In making their submissions, the respondents leaned heavily on the word “natural” in the Gartner authority and submitted that because the applicants’ experts had only considered the flow after a house was in place (which they submitted the construction of it with drains etc. had reduced the natural catchment of rainwater and as such the volume of water coming across the boundary), the applicants could not prove the flow of water now was worse than it would have been in the “natural” state of the land. In essence, they were trying to say that courts must consider the virgin state of land and the flow of water for the purposes of comparison.

This seems a difficult concept to consider given the ever-changing nature of natural land through weather, erosion and time itself. How far back must one then go, if this test was right? The Jurassic period?

Fortunately, it is an issue that was considered by the Queensland Court of Appeal in State of Queensland v Baker Superannuation Fund Pty Ltd [2019] 2 Qd R 146, where the court found that what needs to be considered in the flow of the water that results from the natural and reasonable use of the land. In considering this Justice McMurdo said [at 200]:

[200] The “natural” use of land may therefore involve a use of land as it has been improved by a structure. The question of whether the use of a defendant’s land is a natural use is to be answered by reference to the nature of that use, understood in the context of the relevant circumstances, including the locality of the land, and the manner in which the land is used for that purpose. At least in that second respect, a constraint of reasonableness is to be employed.

[201] The question of whether a use is “natural” in this sense must be assessed against the circumstances which are current at the time of the act or omission of the defendant which is the basis of its alleged liability, and more particularly, by reference to the nature and manner of the use of the defendant’s land as at that time.

So, in this case, the proper consideration was a comparison of the characteristics of the flows of water over the respondents’ land at a time of reasonable use of their land being the approved construction of their house but before the earthworks and retaining wall were in place and the then present state of those flows.

So, in terms of ‘natural’ flow, when it comes to considering nuisance caused by the change of overland flow, the consideration is the flow when the land is in a state arising from a reasonable and natural use of it and not having to consider obtaining surveying data from a time before the dinosaurs’ extinction.

If you would like more information from anything in this article, don’t hesitate to get in touch with Spencer Slasberg.

What to Consider When Buying a Commercial Investment Property

How to Avoid a Partnership or Shareholder Dispute