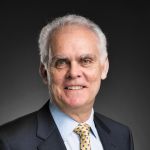 One of the common misconceptions that frequently arises in defamation matters is the mistaken belief that if words are humorous then no liability arises.  This is not always the case.  Comedy, satire, cartoons and other forms of such entertainment are all capable of bearing a defamatory meaning.  As highlighted above intention is irrelevant when determining whether words are capable of bearing a defamatory meaning.

In the South Australian Supreme Court case of Cornes v The Ten Group Pty Ltd & others, the court awarded the plaintiff $85,000.00 damages in respect of comments made by comedian Mick Molloy in the course of a television broadcast.

In many instances words which are clearly ironic will not be capable of bearing a defamatory meaning however satire of itself is no defence to a defamation claim.

The use of the words ‘allegedly’ or ‘alleged’ will not of itself excuse the publication of a defamation.  The republication of the defamatory words of another is no defence to a claim.  Despite this there is however one important exception to this and that is pending trial in criminal matters.  In such circumstances the use of these terms is imperative.