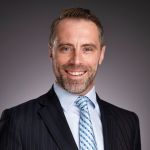 If you enter into email negotiations in respect of a proposal documents (such as a heads of agreement, term sheet, memorandum of understanding or letter of intent) and indicate that it is “subject to contract”, you haven’t entered into a binding contract, have you?

Case law illustrates that no document needs to be signed for the prospective parties to have formed a binding contract.  Email exchanges often result in the parties reaching agreement in a casual or informal way about essential contractual terms. Depending on the wording in the correspondence and any related discussions or actions, if the essential terms have been agreed between the parties, a binding agreement may be formed.

We look at some of the ways in which parties might unintentionally form a binding agreement without any understanding that you were doing so.

The High Court in the case of Masters v Cameron [1954] HCA 72; (1954) 91 CLR 353 separated preliminary agreements expressed as being “subject to contract” into three categories:

Circumstances in the first two categories result in a contract that is binding on the parties, but not the third.   Which category any given case fits within ‘depends upon the intention disclosed by the language the parties have employed, and no special form of words is essential to be used in order that there shall be no contract binding upon the parties before the execution of their agreement in its ultimate shape.’ (page 363 of the judgement).

Courts assess the intention to enter into an immediately binding contract on an objective basis – what each party by their words and conduct would lead a reasonable person in the position of the other party to believe.  This will apply even though a party may have never actually intended to form a binding contract.

In doing so, the court will look:

Cases in which binding obligations have been created

In Vantage Systems Pty Ltd v Priolo Corporation Pty Ltd [2015] WASCA 21 a binding obligation was created between a landlord and a tenant following the tenant’s approval of the landlord’s proposal for a new lease, “subject to formal lease documents being signed“. Amendments to the proposal were negotiated by email and the essential terms were agreed upon. The tenant then asked the landlord to prepare the lease documents and negotiation commenced in respect of some minor terms. The tenant subsequently refused to sign the lease.

The Court found that when the tenant accepted the revised proposal, the parties intended to be bound immediately by an agreement to lease, which would in due course be superseded by formal lease documents.  The following were factors:

In Stellard Pty Ltd v North Queensland Fuel Pty Ltd [2015] QSC 119 the Supreme Court of Queensland found that a seller of a service station business had intended to be immediately bound by its initial offer, despite:

The court considered that the wider context of the emails between the parties, in particular (i) a statement in the buyer’s email that it wanted its offer to be accepted immediately so that its due diligence investigations could commence and (ii) urgently seeking confirmation of acceptance on the basis that “both parties are now going to start incurring significant expenses”), strongly suggested that the parties were to be bound immediately and exclusively by the terms they had agreed upon.

In The Edge Development Group Pty Ltd v Jack Road Investments Pty Ltd [2019] [2019] VSCA 91 the Victorian Court of Appeal considered whether an Offer to Purchase documents signed by a seller and a buyer resulted in binding contractual relations.

The Offer to Purchase contained a clause stating that the offer was ‘subject to the contract being executed’.

The Court decided that this was a matter falling within the non-binding third category identified in Masters v Cameron, as:

The Court found that these matters suggested that the execution of the Contract of Sale was intended to mark a significant transition in the relations between the parties and there was no binding contract until that stage was reached.

Learnings from the case law

Protected: Health Practitioners Beware of Urgent “Public Interest” Restrictions That Can Be Placed on Their Registrations

Should the Trustee of a Family Trust be an Individual or a Company?