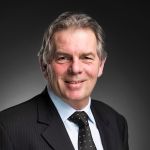 Managing Director Lance Pollard and Director Michael Bigg acted for the Australian developer of an animal pain relief treatment called “Tri-Solfen” initially designed for lambs but which is now getting a global boost, with investment by UK based Dechra Pharmaceuticals.

Dechra has taken a 33 per cent share of the Australian corporate group Animal Ethics and in addition, has obtained the rights to sell the Australian product-Tri-Solfen-for all animal species overseas.

Brisbane commercial lawyers Michael Bigg and Lance Pollard, Directors of Bennett & Philp Lawyers, co-ordinated the deal, which has the potential to generate $350 million a year in international sales.

Mr Pollard said the painkiller is an Australian invention which is patented for animal health and welfare and will now feature wide international use.

Dechra has agreed on a long-term Intellectual Property Licensing Agreement with Animal Ethics which focuses on developing ethical pain relief products in animal health. The Agreement gives Dechra the rights to sell and market Animal Ethics’ product Tri-Solfen for all animal species in all international markets, excluding Australia and New Zealand.

Dechra is a major listed company on the London Stock Exchange. Bennett & Philp’s team arranged agreements and licensing documents with input from one of the firm’s IP team, Nicole Murdoch.

Animal Ethics was founded by three Australian partners including Dr Meredith Sheil, a paediatric cardiologist and a director of the research and marketing corporation, Australian Wool Innovation.

Dr Sheil developed Tri-Solfen in 2004, for treating lambs after mulesing, a controversial operation to reduce flystrike in sheep, by cutting away folds of skin from the breach area.

Use of the painkiller was extended in December last year with Tri-Solfen approved to be used on calves after marking, and according to Animal Ethics, it is now used on eight million farm animals a year.

It is expected it will now also be further extended for use on piglets.

Mr Pollard said the subject of ethical animal pain relief was a sensitive international issue and the Australian company had developed a world-leading product.

“People outside the farming industry may not realise it but many farming operations can cause pain to farm animals and the founders of Animal Ethics had an idea to improve animal welfare by reducing pain in animals during routine treatments such as castration, tail docking, de-budding and dehorning, in multiple species.

“It’s a genius idea which we are delighted to help take to a new international level,” he said.

Animal Ethics successfully developed this topical product that is sprayed on to a wound which simultaneously anaesthetises, relieves pain, controls bleeding and protects against infection.

Tri-Solfen now has 35 patents granted across the majority of the world’s major animal health markets. While its primary use and regulatory focus is in sheep, pigs and cattle, other opportunities have been identified in horses and other companion animals.

Mr Pollard said the development process is underway to register the product in global markets, with the initial focus being for pigs in Europe and pigs and cattle in America.

“Globally the market potential is conservatively estimated at around $300 million per year but with the increasing international focus on the ethical treatment of farm animals, this sum could be exceeded once multi-species approval is achieved in the big markets,” Mr Pollard said.

“Internationally, animal welfare is becoming a major commercial and political issue for the livestock industries with increasing pressure from animal welfare advocacy groups and retailers, with pressure to ban procedures without the use of anaesthetic.