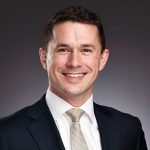 Serving an adjudication application is necessary before an adjudication can be validly undertaken. Claimants must ensure that they effect valid service and can prove such service to the adjudicator, and if necessary, the Court.

Mr Henning, a landscaper, issued a payment claim to Equinox Construction Pty Ltd (‘Equinox’) under the Building Industry Fairness (Security of Payment) Act 2017 (Qld) (‘BIFA’) for work associated with a town house development at Annerley. Equinox failed to pay the claimed amount and did not provide a payment schedule. Mr Henning obtained an adjudication decision in his favour.

Equinox applied to the Court for an order that the adjudication decision was void. It argued that Mr Henning had failed to comply with section 79(3) of the BIFA, which requires a claimant to give a copy of an adjudication application to the respondent.

Justice Ryan was critical of the evidence relied on by both sides, stating that neither party had taken enough care with the evidence assembled for the matter. Importantly, there were deficiencies in Mr Henning’s affidavit with respect to the steps taken to effect service by post. By way of example:

Mr Henning later obtained and exhibited evidence of the relevant QBCC licence search. However, his lack of evidence regarding how the posting was effected and the way in which the postage was paid for proved fatal. Justice Ryan decided that there was insufficient proof that the adjudication application had been served on Equinox. The adjudication decision was declared void.

Service of an adjudication application is critical to the adjudicator’s jurisdiction.

It is crucial that claimants put themselves in a position to strictly prove service in accordance with the requirements of the legislation. As this case demonstrates, there are significant risks associated with choosing to serve documents by ordinary post.

If you have any queries regarding the above decision, please contact Tony Mylne or Adam Hempenstall today.

What to Consider When Buying a Commercial Investment Property

How to Avoid a Partnership or Shareholder Dispute