Should I Record Changeover With the Other Parent? 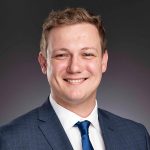 This article is part one in a series of articles that will address some of the common issues and mistakes that we see in family law matters.

It is often the case in parenting disputes, and particularly those before the Court, that there is a high degree of conflict between the parents.

One of the ways this conflict often manifests is through aggressive and heated exchanges when the children are moving between the households of the respective parents. This process is often referred to as ‘changeover’.

It is extremely common for one (or both) parents to make allegations with respect to the way that the other parent conducted themselves at changeover.

Another common claim is that the views of children are expressed in the way they behave at changeover. It may be that a parent claims a child is very happy to be in their care due to showing enthusiasm when they come into the parent’s care at changeover. Conversely, there may be a claim that a child does not want to spend time with a parent due to reluctance displayed by a child when entering the parent’s care during changeover.

Whatever the case may be, a common issue arises – how does a parent prove what they are alleging?

This issue often leads to a parent recording changeovers.

The parent views this as a simple solution to the problem. If there are disputed facts about what is occurring at changeover, recording the changeover will provide video evidence which supports their position.

This is a solution that is fraught with issues.

The first issue that arises is whether it is legal to record another party without their consent. These laws vary state to state, and you should never record any person unless you have received advice that this is legal.

The second issue that arises, is that recording a changeover can make your children and the other parent extremely uncomfortable. Changeover is already likely to be a difficult experience for a child and being recorded can make them even more uncomfortable. Children are extremely perceptive to conflict between parents and recording changeover may exacerbate the children’s exposure to this conflict, which is contrary to the best interests of a child.

With respect to the other parent, they may feel harassed and intimidated by this behaviour. Not only would this be inappropriate, but it would be viewed very poorly by the Court.

Another potential issue which may arise, is that the Court may take the view that a parent recording the changeover is not attending the changeover for the primary purpose of spending time with the children. Instead, the parent may be seen as attending changeover primarily to obtain evidence to further their position before a Court by obtaining beneficial evidence.

A parent who plans to record changeovers should also be mindful that the footage may have little evidentiary value. The very act of recording a changeover may call into question the accuracy of what is depicted. For example, there may be a suggestion that a parent provoked another parent into behaving a certain way to allow that behaviour to be caught on camera.

It is obvious that there is a plethora of issues that arise with recording changeovers.

If you intend to record a changeover, you should seek legal advice with respect to whether this is legal and appropriate.

If you would like more information arising out of anything in this article, please contact Robert Sykes today.

What is the Impact of your New Partner’s Financial Circumstances on your Property Settlement?

Talking to Your Children About Separation and Divorce