Residential Tenants – Planned Relief and Protection During the Coronavirus Pandemic 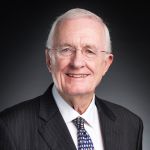 The Queensland Government has announced its intention to introduce legislation for the protection of residential tenants during the COVID-19 pandemic and beyond.

It appears that the main objective of the new legislation will be to stop the eviction of tenants who are unable to pay their rent because of the pandemic crisis.

The announcement states that there will be a retrospective freeze on evictions “as of Sunday, 29 March 2020. It is not clear what that means. What if a residential tenant was evicted on 3 April 2020? Presumably, the intention is to freeze the commencement of eviction proceedings which began on or after 29 March and which are still in train.

It also appears that the new legislation will permit residential tenants to remain in possession where their leases expire during the current crisis and give them a 6 months option for renewal.

Under existing law, residential tenants have the right to end their residential tenancies without grounds but remain liable in those circumstances for losses suffered by landlords.  It appears that the new legislation will allow residential tenants to terminate their leases if they cannot pay rent because of the pandemic – and to do so free of ongoing obligations to landlords.

Finally, the legislation will be introduced with the aim of protecting and supporting persons experiencing domestic and family violence. They will be permitted to leave in a hurry and terminate their occupancy (or co-occupancy) arrangements without paperwork and to have their bonds returned.

Despite the “spin” which the Queensland Government has put on the announcement of this package of changes, the package does not appear to be of any benefit to property owners.

Counting the Days, Christmas and BIFA

Neighbours and the Fights we Have Over Water