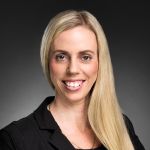 Jeans for Genes was established in 1994 by Children’s Medical Research Institute (CMRI) and has evolved into one of Australia’s most iconic fundraising campaigns.

Donations from the campaign help to fund revolutionary research that helps diagnose, understand, and find cures or treatments for conditions affecting kids, including genetic diseases, cancer and epilepsy.

Since the campaign’s conception, national fundraising efforts have achieve a number of major breakthroughs for CMRI. Some of these amazing achievements are:

Every year at Bennett & Philp, we support Jeans for Genes through fundraising efforts organised by our de facto fundraising coordinator, paralegal, Penny Mole.

Each year, on the first Friday of August, Penny puts on a fundraising morning tea or similar event for the firm. Decked out in our favourite jeans, everyone is encouraged to participate in the day’s activities which may include a bake-off, trivia or, for a select few volunteers, selling Jeans for Genes merchandise on the streets of Brisbane CBD to help boost our donations. Penny can be found planning these activities multiple times a year as the firm celebrates Pink Ribbon Day, Daffodil Day, Red Nose Day and Bandana Day.

In 2019, the firm recorded its highest donation collection for Jeans 4 Genes Day yet!

Don’t wait any longer to get the right advice