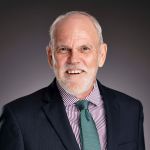 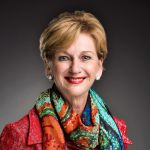 Is a de facto entitled to receive all or part of the estate of a deceased partner if, due to poor health or other factors, they are not sharing a residence at the time of death? A recent Queensland Supreme Court provides some answers.

Like many jurisdictions, Queensland law recognises the right of a de facto to receive or share in the estate of a deceased partner. However, the recent decision of the Queensland Supreme Court in the Estate of HRA Deceased [2021] QSC 29 highlights the need to maintain sufficient elements of the de facto relationship until the death of the partner to preserve that entitlement, whether or not the deceased partner had a Will.

The case examined the relationship of Mr A and Mrs D who shared a residence for 16 years but were living in separate retirement villages when Mr A died. The decision reinforces the importance of proper succession planning.

Mr A never married and had no children. His closest relatives were a niece and a nephew. In 1995 he and Mrs D, a widow and mother of seven children, commenced living together at a property outside Bundaberg owned by Mr A.

Fifteen years later, in 2011, Mr A began experiencing dementia. In 2012 his dementia worsened. His doctor recommended that he move to a retirement village.

Mrs D’s health was also in decline. Her medical conditions included anxiety, hypertension and a blood condition which caused her to feel lightheaded or faint, producing frequent falls. She felt the need to move to a retirement village and made many attempts to get Mr A’s agreement to go with her. Mr A refused.

In September 2012 Mrs D, then aged 75, moved into a Bundaberg retirement village. In a subsequent statutory declaration, she stated that she did not want to leave Mr A at home by himself but felt that she needed to do what was best for her.

Despite her move, Mrs D did not consider her relationship with Mr A to be over. There was an open invitation for him to come and live at the retirement village with her. She hoped that he would do so.

A neighbour of Mr A’s gave evidence that Mr A did not cope after Mrs D relocated. He tried to involve Mrs D in decisions about Mr A’s future. When those efforts failed he contacted Mr A’s niece.

In late December 2012 Mrs D and Mr A’s niece consulted Mr A’s doctor. According to Mrs D “We formed the view that Mr A’s health had deteriorated to the extent that I could no longer care for him. His dementia was at the stage that it would have been very difficult for me to even have him live with me at (my retirement village) to care for him, he really needed to be in a nursing home”.

In June 2013 Mr A’s niece obtained orders appointing the Public Trustee as Mr A’s administrator and the Adult Guardian as Mr A’s guardian. Mrs D was not told those orders had been applied for and was not present when they were made.

Mr A’s niece lived in Gympie. After consultation with her, the Adult Guardian decided to move Mr A into a retirement village in that town. Mrs D was informed and assisted with the move.

The court accepted that by then communication with Mr A was difficult because of his advancing dementia and confusion as well as hearing loss.

Mrs D wrote to Mr A in August, September and October 2013 but did not receive a response. She travelled from Bundaberg to Gympie to visit him in November 2013. According to her account, due to distance and her own health issues, she did not continue to write or visit after that, save for one visit in February 2016. She asserted that her children visited Mr A and provided her with updates on him.

The evidence before the court was that although one of Mrs D’s children visited Mr A in the early stages after his relocation to Gympie, the children made no other visits until after Mr A was hospitalised in 2019.

After his death, a letter dated 12 February 2010 was found among Mr A’s personal papers. It was addressed “To whom it may concern” and contained the statement “This is my only Will and Testament”. Although the letter was signed by Mr A, his signature was not witnessed. It therefore did not satisfy the legal requirements of a formal Will.

The letter contained a sentence which read “I leave my property at [location specified] to my partner Ms D who has lived with me for approximately 10 years as my partner to do with as she wishes.”

The letter also referred to other assets owned by Mr A but did not say who was to receive those other assets. It did not appoint anyone to act as executor of Mr A’s estate.

A de facto relationship exists under Queensland law when two people live together as a couple on a genuine domestic basis but are not married to each other or related by family.

The Supreme Court was effectively asked to decide:

The stakes were high. Mr A’s estate had a value of $1.6 million.

Because Mr A did not have any children of his own, a decision by the court that a de facto relationship existed between Mr A and Mrs D during the whole of the two-year period immediately before Mr A’s death would result in Mrs D being entitled to the entire estate.

If the court decided that Mr A and Mrs D were not in a de facto relationship but the informal Will was valid then, on the face of things under that Will, Mrs D would have an entitlement to a property worth $350,000.

If the court decided that a de facto relationship between Mr A and Mrs D did not exist during the whole of the two-year period immediately before Mr A’s death and that Mrs D was not entitled to benefit under the informal Will then Mrs D would have no entitlement to Mr A’s estate and the estate would be shared by Mr A’s niece and nephew.

There was no dispute that Mr A and Mrs D were living in a de facto relationship between 1995 and September 2012, when Mrs D moved into the retirement village at Bundaberg.

The critical issue for the court to decide initially was whether Mr A and Mrs D remained in a de facto relationship throughout the two-year period immediately before Mr A’s death.

There are several factors which Queensland courts are required to take into account in deciding whether two unrelated people are living together a genuine domestic basis and therefore in a de facto relationship. Those factors include the nature and extent of their common residence, the degree of financial dependence or interdependence, arrangements for financial support and the degree of mutual commitment to a shared life, including the care and support of each other. Not all of the factors need to be present to conclude that a de facto relationship exists.

Perhaps uncommonly, Mr A and Mrs D kept their finances separate throughout their entire relationship so that factor did not support the existence of a de facto relationship between them.

Among other things, Mrs D’s legal representative argued that:

The court accepted that a de facto relationship can continue to exist even though the parties to the relationship are living in separate locations.

The court was also satisfied that after Mr A and Mrs D became physically separated by Mrs D’s move to a retirement village there were efforts by both of them during 2013 to keep in contact. It was accepted that by mid-2013 Mr A’s dementia became so severe that he ceased to have the ability to contribute to a continuing relationship and also lacked the ability to form an intention to bring the relationship to an end.

The court took the view that even if one party in a relationship loses the capacity and ability to communicate meaningfully, the other party can still show commitment to the relationship by:

The court was satisfied from the evidence that Mrs D had the capacity for travel. She had in fact visited her daughter in Mt Isa in August 2017. She had also gone to Cairns for a wedding and a break in May 2019. She retained the capacity to drive until April 2019. She also had seven children who might be able to assist her with transport but there was no evidence she had ever sought to enlist that assistance.

The court observed that while Mr A could not contribute in any way to an ongoing relationship after 2013, Mrs D had that capacity but chose not to do so. She made a choice to disengage with Mr A.

While she may not have made a deliberate choice to end the relationship, she did not nurture or maintain it in any way. The relationship did not in fact continue.

The court concluded that Mrs D failed to establish that she was in a de facto relationship with Mr A for a continuous period of at least two years ending on his death. With that conclusion, Mrs D lost her claim for Mr D’s entire estate as his de facto partner.

There was worse to come for Mrs D. The court formed the view that it was not necessary to decide whether or not the letter dated 12 February 2010 amounted to an informal Will. That letter was written while Mr A and Mrs D were still in a de facto relationship. Queensland’s Succession Act contains a provision which, in most circumstances, revokes a benefit to a former de facto partner under a Will which exists at the time the relationship ends. Even if the letter did amount to an informal Will, the benefit in favour of Mrs D would be revoked by that provision.

Mrs D lost her entire claim against the estate.

There are a number of important takeaways arising from the decision:

It is also important to recognise that rights of de facto partners to seek a division of relationship property after separation occurs are very similar to the property rights of parties to a marriage. One key difference is the time limits that apply to such claims.

In the case of parties to a marriage, time does not begin to run unless and until they divorce. They then have a period of 12 months after the divorce order becomes final to file a claim. It is a relatively simple task to precisely identify the date on which the time limit expires.

The time limit which applies to de facto partners is two years following the date of separation.

The court has the power to extend these time limits in certain circumstances.

However, the court does not have the power to deal with a property settlement claim filed after a spouse or de facto partner has died.

As is apparent from the decision we have just examined, the precise date of separation is not always clearly identifiable in a de facto relationship. Had Mrs D been aware that her de facto relationship with Mr A had ended, she may have chosen to bring a property settlement claim against him. The right to do so was lost when Mr A died.

If you would like more information arising out of anything in this article, please contact Keith Schrauf, Charlie Young or Barbara Houlihan today.

Your Discretionary Trust – Does it Form Part of Your Estate When You Die?