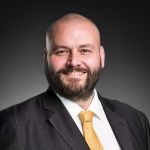 The High Court Decision in Pike v Tighe is going to cause issues for property owners when previous owners have failed to comply with development conditions.

The Pike’s and the Tighe’s were both subsequent owners of a two lot subdivision. The development approval for the subdivision required an easement that allowed:

“… pedestrian and vehicle access, on-site maneuvering and connection of services and utilities for benefited lot two overburdened lot one.”

An easement was signed and was lodged with the sealed plan. But the easement did not contain any reference to on-site maneuvering nor the connection of services and utilities, as required by the approval.

The Pike’s submission was that, even though the Tighes were subsequent owners, they were committing a development offence as they had failed to comply with a development approval that ran with the land.

The High Court recognised that this was unduly harsh by exposing a subsequent owner to a penalty merely by acquiring land which happened to be bound by the terms of a development approval. The High Court’s position was that it was a “failure to comply” rather than bare non-compliance that gave rise to a development offence.

More than three years had elapsed between Pike’s acquisition of the lot and the filing of the Planning and Environment Court application. The High Court found that the Tighe’s had ample opportunity to provide a complying easement.

What does this mean for property owners?

Property buyers need to be made aware that there are risks of an offence if all development conditions have not been satisfied. The purchasers need to make a commercial decision on how much they wish to spend on undertaking due diligence to off-set these potential risks.