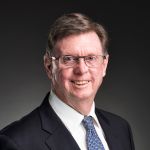 The second reading of the Associations Incorporation and Other Legislation Amendment Bill 2019 (“Bill”) has been included in the order of business of the Queensland Parliament on 16 June 2020. The Bill has been through the Committee stage and carries the Committee’s recommendation that it be passed.

clarify the operation of the Associations Incorporation Act 1981 (“AI Act”);

The Bill comprises 76 pages and is a culmination of work predominantly undertaken through two discussion papers released in 2010 and 2012. The more salient features of the Bill are:

are presented to the Association’s annual general meeting in accordance with the prescribed regulation. It is expected that the regulation will provide that such information may be disclosed in the aggregate/s rather than for each member of the management committee or senior staff member;

As would be expected of a Bill comprising 76 pages there are a number of other amendments which have not been highlighted and because of the need for brevity even those dealt with have not been fully or comprehensively canvassed. Accordingly, when the Bill is passed into law, Associations, particularly through their members of the management committee, should fully familiarise themselves with the new provisions and to the extent necessary take legal advice for the purpose of compliance and risk management.