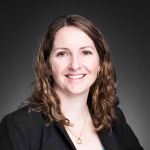 In the recent decision of Vickers v Pickering [2016] QDC 58, the Queensland District Court refused to grant summary dismissal of a family provision application brought out of time and in circumstances where the estate had been largely distributed.

In Vickers, the deceased died in December 2014 and was survived by four daughters. His Will appointed two of his daughters as joint executors and made provision for them, but did not make any provision for the other two.

In April 2015, the daughters who were not provided for gave notice to the executors of their intention to make a claim for provision against the estate. In response, the solicitors for the executors suggested that the parties commence negotiations, in the hopes of resolving the matter without needing to resort to litigation. Negotiations then ensued.

On 29 September 2015 (the day after the expiry of the applicants’ time to commence formal proceedings in Court) and arguably, while negotiations were still on foot, the executors lodged a transfer of the estate property without any notice to the applicants, leaving assets of less than $10,000 remaining. They then informed the applicants that they could no longer proceed with their claims because the estate had been distributed.

The applicants filed their formal claim in Court in any event and the executors then brought an application for the claim to be summarily dismissed on the basis that it was out of time and the estate assets had already been properly distributed.

The Court refused to make orders for summary dismissal of the applicants’ claim for provision because the judge did not consider that the estate had been “properly distributed”. Relevantly, the Judge commented:

“In my opinion … an invitation to attempt to resolve a claim by negotiation without resort to litigation implies a representation that the party issuing the invitation will not, without reasonable notice to the claimant, act so as to prejudice the position of the claimant if the attempt to negotiate proves to be unsuccessful.”

Further, the Judge said in relation to the expiry of the time to file a formal claim in those circumstances:

If the estate remains in the hands of the executor … and if the reason for the failure to commence proceedings within time was that the parties were attempting first to negotiate a resolution of the claims without resort to litigation, at the invitation of the executor, I think it likely that a court would grant a reasonable extension of time if ultimately the negotiations broke down and it was necessary to have to resort to a proceeding in court.”

The applicants’ claim against the estate and the executor will now proceed and be determined either by a settlement between the parties or a trial before the Court.

This decision highlights the importance of compliance with relevant statutory time limits (as filing the claim within time would have avoided this dispute) and also, where notice of an intention to commence proceedings in estate matters has been received, of providing proper notice to other parties before taking any action that may prejudice their claim.

For more information or advice in relation to estate disputes, please contact a member of our estate litigation team today.

This article was posted by the Bennett & Philp marketing team on behalf of the Estate Litigation practice group. The article was authored by a former team member while they were under the employ of Bennett & Philp Lawyers. Final revisions were made by a Director in charge prior to publishing.