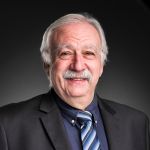 When opening up a new pharmacy as most pharmacists know you need to obtain the recommendation from the ACPA first. To do this you need to show that you have complied with all of the relevant location rules.

Once you have the ACPA recommendation you then spend the money to get the pharmacy ready to open and when your pharmacy is ready to trade (which should be within 6 months) it’s expected that the Secretary (“Secretary”) of the Department of Health (“DOH”) will give the pharmacy the PBS approval number.

Discretion to activate and approve

What you might not realise however is that the Secretary still has a discretion whether to actually activate and approve the PBS approval number (even if you have received the administration number). Obviously, that is a significant risk to the pharmacist given they have to spend the money to get the pharmacy ready to open before they can actually get the PBS approval number.

Fortunately, this is usually a straightforward exercise and provided the administration letter has been provided along with evidence that you are ready to start trading the Secretary will simply activate the PBS approval number. However, this is not always the case.

A recent example of the issue

Recently we were involved in a matter where the pharmacist had spent the money fitting out the store and was ready to trade, the administration number had been received but it had not been activated. Unbeknown to the pharmacist the medical centre (which the pharmacist had no involvement with) had had a reduction in the doctors’ full-time equivalent hours. The Secretary would not disclose who had informed the DOH of this change but insisted that they were entitled to use this new information.

It was uncontested that at the time of obtaining the ACPA recommendation all of the location rules requirements had been met and that the pharmacist was still unaware of this change in the doctors’ hours when the PBS approval number activation was requested.

This matter then had to be appealed to the AAT, during the trial this issue was finally resolved in the pharmacist’s favour by consent. This means there is no actual judgment to establish a precedent or to give the DOH any guidance as to the interpretation of the Secretary’s claimed unfettered discretion.

Taking care and protecting your rights

Pharmacists should take care in making sure that every step of the PBS approval process is documented and if any issues arise with the Secretary that they obtain expert legal advice to ensure their rights are properly protected. This is particularly important given the short time periods that apply to appealing any decision of the Secretary and the money that will have already been spent in getting the pharmacy ready to open that will otherwise be wasted.

If you’re having complications with your PBS approval process or would like to know more about this issue, please contact Andrew Lambros or Maurice Hannan today.

How to Trade on Pharmacies in Administration

Franchisee, Is Your Franchisor Aware?