Will Challenged by Person “Adopted” Under a Vanuatuan Customary Ceremony 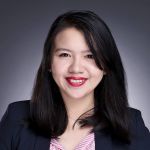 “A Vanuatu resident who claims that she was an adopted child of the deceased failed in her application seeking provision out of the estate in Queensland worth in excess of $5m.”

It is becoming increasingly common for people to challenge Wills on the basis that a Will is unfair and/or someone has been left out when they shouldn’t have been.

It is not always immediately clear whether a person is eligible to challenge a will, particularly when it comes to differences in cultural backgrounds and beliefs.

An example of this was seen in the recent Supreme Court case of MacGowan v Klatt [2019] QSC 222 which related to a ‘customary adoption’ in Vanuatu.

She was born in Vanuatu and at that time her biological mother worked as a housekeeper for Kenneth MacGowan (Ken), a long-term resident of Vanuatu. Ken was not her biological father.

When Sheralee was about one month old, her mother gave her away to a family in Vanuatu. However, Ken intervened and assumed responsibility for Sheralee’s care, health, education and upbringing. A ceremony under Vanuatu customary law was held where Ken provided a bullock to Sheralee’s family and Sheralee’s family gave its approval.

Ken later moved to Australia and, upon agreement with the family of Sheralee’s biological mother, Sheralee was brought to Australia to live with Ken where she attended school in Queensland.

When Sheralee was around 15 years old, she returned to Vanuatu.

Ken passed away when Sheralee was around 19 years of age. He left an estate worth around $5 million. His Will did not provide any benefit to Sheralee.

Sheralee challenged the Will seeking further provision from his estate on the basis that she was Ken’s child. DNA evidence proved that Ken was not her biological father. So, she argued she was eligible to challenge claiming that she was his adopted child based on the ceremony which took place just after she was born.

Generally, a child who is adopted in accordance with the laws of the country where the adoption took place is eligible to challenge a Will. However, additional requirements applied here due to the purported adoption taking place in Vanuatu.

As such, the Court had to determine whether Ken adopted Sheralee under Vanuatu customary law, whether Ken was placed in the position as her ‘parent’ and whether the adoption gave Ken a right that was superior to Sheralee’s biological parents, amongst other issues.

As is usually the case with these types of matters, the Court had to give in-depth consideration to the facts surrounding Sheralee’s background and her upbringing.

While expert evidence was given in the case confirming that in Vanuatu there was such a thing as customary adoption, the Supreme Court of Queensland determined that this was not such an example.

Her Honour Chief Justice Holmes ultimately found that while Ken indicated a willingness to accept some of the responsibility for Sheralee at the ceremony in Vanuatu, it did not amount to be a customary adoption. Her Honour found that Ken did not intend to adopt her as his child.

These types of cases will always be very difficult to determine. Customs can be difficult to identify, are usually unwritten, may differ from location to location and members within the same community might very well have differing views as to what amounts to a rule of custom.

It is crucial to seek legal help on a timely basis if you have doubts about a person’s rights as an adoptive child because, if certain steps are not taken, someone who might believe they have rights in an estate might have no rights at all.