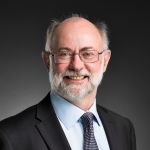 The obvious implication of these amendments is that unfair contract terms protection will now apply to certain business to business transactions in addition to business to consumer transactions. A small business contract is defined to mean a contract for the supply of goods or services or a sale or grant of an interest in land where:

Other than the removal of the limitation of its application to only consumer contracts, the definition of upfront price will remain the same under s26(2) of the ACL. That is, the upfront price payable is the consideration provided or to be provided under the contract disclosed at or before the time the contract is entered into, save for any consideration contingent on the occurrence or non-occurrence of a particular event.

It is important to note that the small business contract provisions will apply if your business OR the business to which you provide goods or services employs less than 20 persons. If the total consideration payable under such a contract (whether or not the contract is for a lump sum payment or regular provision of goods or services with regular payments) exceeds $300,000 where the contract length is up to one year or exceeds $1 million where the contract length is more than one year, the amended unfair contract terms provisions under the ACL will apply to that contract.

If you are unfamiliar with the unfair contract terms protection under ACL, section 23 of the ACL provides that a term of a relevant contract is void if it is unfair and the contract is a standard form contract. The term is considered unfair if:

If a party claims that a term is an unfair term then there is a presumption that the term is not reasonably necessary in order to protect the legitimate interests of the party advantaged by it. It is up to the advantaged party to prove otherwise.

It is therefore highly recommended that small businesses affected by the unfair contract terms amendments to review all of their standard form contracts to identify any potentially unfair contract terms. You do not necessarily have to remove those terms from your standard form contracts, but you need to be aware that from 12 November 2016 they may not be valid and enforceable and that attempting to enforce those terms may result in you having to pay damages under the ACL.

Upcoming changes to the ACL will cause a shake-up in commercial contract drafting which businesses of all sizes entering contracts need to consider.

If you require any assistance or further advice in this regard please contact us today.