Occupier’s Liability – Injured on Someone Else’s Premises. What’s Next? 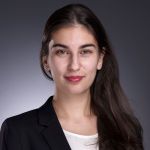 It is not uncommon for individuals to suffer an injury in a public or private area, whether that be a park, shop, footpath, restaurant, residential home or recreational facility. But can a compensation claim always arise?

The answer to that question involves a careful analysis of the circumstances surrounding the accident, and whether someone (either an individual or a corporation) can actually be held responsible. That analysis was recently undertaken in the New South Wales District Court decision of Powell v JFIT Holdings Pty Ltd t/as New Dimensions Health and Fitness Centre [2020] NSWDC 264.  In that case, the Plaintiff was awarded damages in the sum of $551,097.62 for an injury she sustained during an afternoon gym training session.

Ms Powell, the Plaintiff, attended her local gym on the afternoon of 4 February 2016. Other gym members had attended the gym earlier that day and left the exercise floor area in a cluttered and messy state. In particular, heavy weight plates were left scattered all over the floor. Ms Powell needed to clear some floor space so that she could undertake her own exercises,  which included her moving a 25kg weight plate to its storage rack. In order to lift the weight plate, she had to perform a combination of a bend, twist and lift motion, which caused her to suffer a lower back injury (L4/5 lumbar disc prolapse).

She subsequently sued her gym for negligence.

In order to establish occupier’s liability, three elements must be satisfied:

Proving these three elements will establish negligence against the occupier, such as the gym in Ms Powell’s case.

In determining whether the gym owed and breached its duty of care to Ms Powell,  the New South Wales District Court applied section 5B of the Civil Liability Act 2002 (NSW) (‘the NSW Act’), which is in almost identical terms to section 9 of the Civil Liability Act 2003 (Qld) (‘the Qld Act’). The provisions indicate that a person will not be found to be negligent by failing to take precautions against a risk of harm unless:

In determining whether a person should have taken adequate precautions, courts consider (amongst other things):

A discussion of how each of these elements were applied in the Powell case to establish occupier’s liability is provided below.

Key Issues and Application of Law

The gym’s duty of care (in the context of Ms Powell’s injury) was to ensure that the gym floor was clear of weights or other equipment, and ensure that the weights were stacked on their designated racks [162].

This duty of care was primarily based on the premise that the gym required their staff to periodically clean-up the weights area if they found equipment and/or weights had been left on the floor. The gym recognised that a hazard would exist if this was not done [163].

There is always an expectation that individuals take care of their own safety. Here, Ms Powell exercised care for her own safety by acknowledging the need to clean up the floor in order to carry out her exercises safely [157 -158].

Was there a risk of harm?

The Defendant (gym) argued that the risk of harm was merely “the risk of suffering an injury whilst lifting up a weight and putting it away” [122].

The trial judge, His Honour Judge Levy, held this risk to be too narrowly focussed, and instead took the view that the risk of harm extended to the risk of suffering an injury from lifting weights in the context of housekeeping activities – especially if the weights area was left in a hazardous condition and had not been cleared by gym staff [124].

Foreseeability of Risk of Harm

As part of the Terms of Membership, it was the responsibility of gym members to put equipment away after they used it [70]. That was also stated on signage within the gym. Judge Levy acknowledged that this was an attempt to extend the responsibility of gym tidiness onto gym users, instead of just the gym staff. Therefore, the risk of harm was foreseeable as the gym was well aware that if equipment was not cleaned up, gym patrons could get injured [170].

It was held that a range of injuries could occur if a person was attempting to move weights to clear a designated area to make it safer to use [176].

It was found that there was a high probability that a gym patron could injure themselves in the process of putting heavy weights away which had been left behind by other patrons in a communal exercise area [181].

It was accepted that generally, lifting heavy weights can cause back injuries ranging from minor to severe [182].

His Honour held that it would have been simple for the gym to implement a number of easy precautions to prevent Ms Powell’s injury, such as getting staff to regularly inspect the gym floor to ensure it was tidy and safe. If it was not deemed safe, staff could have attended to clearing the equipment/weights and put them back in their designated places [178].

Social utility was not a relevant consideration in this case. However, it was acknowledged that there is a positive benefit to society in providing safe recreational exercise facilities [184].

It was clearly established that Ms Powell suffered her back injury due to the Defendant permitting the weights to remain on the gym floor in a messy state [190, 196]

The Defendant argued that Ms Powell should be held 50% liable for her injury, as a result of not taking steps to avoid hurting herself. This argument was rejected for a number of reasons, including:

In the circumstances, no contributory negligence was found against Ms Powell [204-210]

Establishing occupier’s liability involves careful consideration of the factual circumstances which have given rise to an injury. It must be proven that the occupier of a premises had a duty of care to those who have entered or utilised the premises, and that the occupier has taken, or not taken, some sort of action which has resulted in the injury.

An assessment of damages will consider the injured Plaintiff’s individual circumstances such as their age, work arrangements, day-to-day lifestyle, treatment and care requirements. It is important to remember that the assessment of each case is unique to each individual.