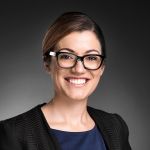 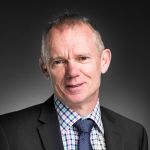 Married at First Sight (“MAFS”) is one of Australia’s highest-rated shows. It serves up plenty of drama and excitement for viewers – but at what cost?

During her short stint on the show, Hayley Vernon was involved in a number of scandals. Her life as a previous drug addict was exposed, she was involved in a drunken kiss with fellow contestant Michael (who has denied the claims) and her toothbrush was used to clean a toilet by her onscreen husband David and then put back without her knowing for her to continue using.

The online backlash was relentless. A quick scroll of Married at First Sight’s Facebook shows just some of the following comments on her photo – “I cannot CANNOT stand that woman. Evil as they come”; “Dodged a bullet there. She’s rotten to the core. Yuck”; “Hayley is disgusting did everyone forget that she cheated. What a dog”.

It is not uncommon to see the odd death threat too.

The big question is – why are producers not hiding or deleting these comments? Surely, there’s a duty of care on their part to take responsibility for the emotional well-being of their contestants?

MAFS has over 400,000 followers on their Facebook page. That allows for a very large and overwhelming reach for someone to be cyberbullied.

Whatever action is taken by MAFS to stop trolls hurling appalling abuse – and death threats ­­– to contestants is ineffective.

If anything, MAFS appears to encourage the abuse by posting short snippets of their most controversial scenes after an episode is aired.

Is it really enough for production to turn a “blind eye” to the online bullying and offer nominal support?

From a legal perspective, we don’t think so.

It is no secret that contestants who have appeared on reality shows with a similar format have suffered immense emotional and psychological issues, sometimes resulting in them, sadly, committing suicide.

The contestants, often without any media training, are thrown into the spotlight overnight and are at the mercy of producers who edit hours of footage to portray them as a hero or villain. This year, the confected drama on MAFS seems to be on overdrive, which is driving high ratings but at what cost to the mental health and wellbeing of the contestants?

There have already been a number of contestants trying to set the record straight about their “edit” this year, despite having signed confidentiality agreements.

After appearing on MAFS, contestants have often complained that the psychological support provided to them, both during the show and after the show, was limited. Is it enough to make psychological services available at the contestants’ instigation? Are they able to identify that they need help? Should there be more active monitoring of contestants’ ongoing well-being and look for warning signs that they are not coping?

Contestants are often presented as being quite vulnerable or insecure, escalating their reaction to controversial scenes on the show. This was certainly evident by Hayley’s breakdown after David complained to the “experts” that he was paired with a recovering drug addict.

We believe that there are a number of lawsuits on the horizon, following this season of MAFS.

Hayley has apparently threatened legal action, but whether she has sought legal advice remains unclear due to confidentiality issues.

What we do know is that current contestant, Poppy Jennings, has come out and said that she is taking legal action against Channel 9 and the show’s production company, Endemol Shine Australia, for being exposed to “traumatising events” that were apparently ignored by production. Poppy was portrayed on the show as being upset about being away from her twin sons, which she says was a “cover-up” by the production team for what went on behind the scenes.

Tracey Jewel, a former contestant of MAFS, has come out and said that she has a strong case against Channel 9 and Endemol Shine Australia, for post-traumatic stress and anxiety disorder which she suffered after appearing on the show.

Whether these lawsuits will be successful is yet to be seen. Channel 9 should, however, be concerned about the ramifications of Nicole Prince, a former contestant of the reality renovation show, House Rules, who won a workers’ compensation case against Channel 7 for psychological injuries she suffered, after being portrayed as a villain on the show.

Nicole said that she and her teammate were isolated from the other working teams, all of whom were couples. She said she felt harassed and bullied during filming. When she complained to Channel 7 she was threatened that she would be portrayed negatively. She feels she and her teammate were portrayed as bullies, and that included the other teams only being shown negative comments about their renovation work and none of their positive comments.

When the episodes aired, Nicole was subjected to online abuse on the Channel 7 Facebook page, including threats of serious physical assault. She also had regular incidents of negative reactions from complete strangers.

Nicole suffered psychological injury. That and her portrayal on the program affected her ability to find work subsequently.

The Channel 7 Agreement and release form signed by Nicole, amongst other draconian control measures, included provisions that she was not an employee and that her appearance may be edited at Channel 7’s discretion.

The argument came down to whether Nicole was working as a contractor or as an employee.

After considering the totality of the relationship between Nicole and Channel 7, including the degree of control exercised by Channel 7 and its producers over Nicole, the determination was that the relationship was that of an employer/employee and that Nicole was entitled to workers’ compensation benefits, as she had been injured as a result of her work for her employer.

In relation to the wave of negative viewer feedback, the Commission accepted that Channel 7 had the power to edit and control comments to its social media platforms such as its Facebook page but it did not take steps to either remove comments or close the comments on its own posts, and that was one of the factors which contributed to Nicole’s injury.

Once it accepted an employment relationship, the Commission went on to find that Nicole’s employment was the main contributing factor to the development of her psychological injury.

The compensation team at Bennett & Philp Lawyers will continue to “watch this space” for any developments in the area.