What Do I Do If My Loved One Passes Away Unexpectedly? 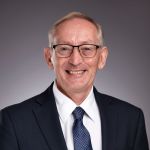 My attention was drawn recently to an article appearing on the ABC website which outlined the plight of an unfortunate lady who sadly discovered that her husband had unexpectedly passed away during his sleep from an undiagnosed heart condition. The article reveals the stress which she endured caused by the involvement of police officers, ambulance crew, investigators, funeral directors and ultimately the Coroner.

According to the article, the lady in question was quite naturally unprepared for the event given the relatively young age of her husband. Her plight raises the question of what should be done if a death is discovered and when should the Coroner be informed.

The death of a loved one at home can be particularly traumatic as opposed to a death in a hospital or care facility where the trained staff are there to assist and offer comfort and support.

In the case of a home death, a doctor’s certificate must be obtained within 48 hours. A doctor may issue the Medical Certificate provided the deceased’s medical history is known and he or she is prepared to determine cause of death. There is no need to call police or ambulance services at least initially.

As an alternative, you may contact a funeral director or the deceased’s palliative care team if one was involved in the deceased’s care. Either will provide advice and support.

If the death is unexpected it must be reported to the Coroner. This may be done by the attending doctor, via the police or funeral director or indeed by anyone wishing to report the death. Once reported, the Coroner’s duty is to carry out an autopsy to determine the cause of death and provide an appropriate report. This process is by no means a reflection on the deceased’s family or carers but is simply a process to rule out any suspicious circumstances. A funeral may take place once the autopsy has been completed. An autopsy would not usually be required where the death was expected.

In a wider context, a death should be reported to the Coroner when death has occurred due to any of the following factors:

The death of a person whose identity is unknown is also reportable.

Every death must, of course, also be registered. In most cases, the funeral director will register the death and place an order for the official death certificate. If not, the deceased’s family members or legal personal representative are obliged to do so.

Executors: Who, What, When and Why!