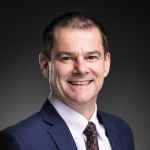 John Nagel and Keith Schrauf bring with them a combined experience of more than 90 years expertise in law to Bennett & Philp.

Their move is part of a two-fold November expansion for Bennett & Philp with Spring Hill firm Chilli Law also merging with the firm.

The merger with John Nagel & Co and Chilli Law is a logical expansion for our firm, with all firms sharing similar values and a commitment to client service excellence,”

John Nagel was admitted as a solicitor in 1967 and his half century of legal experience has included a partnership in a rural law firm and with a large commercial firm in the city’s CBD. He established the legal practice John Nagel & Co at Mount Gravatt in 1970.

He is a former Senior Counsellor for and member of the Queensland Law Society.

John provides legal services to a range of clients including a boutique group of successful businesses. He has served on various committees of the Queensland Law Society, was for a number of years a convenor for Amnesty International on the Brisbane Southside and has served as honorary solicitor to a number of not-for-profit organisations including the YMCA of which he has also been a director.

Keith Schrauf was admitted as a solicitor in 1979, after completing 5 years’ service as an articled clerk at a general practice in the Brisbane CBD.

After his admission, Keith was employed for 6 years at a midsized city CBD law firm as a general practitioner but with an emphasis on commercial law. He then joined John Nagel & Co and became a partner of the firm in 1986. He brings more than 40 years of legal experience to the Bennett & Philp team.

Keith is a member of the Queensland Law Society and the Family Law Section of the Law Council of Australia.