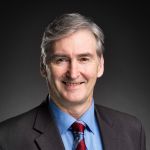 An ambulance officer and paramedic arrived at an emergency scene six minutes after receiving an emergency call.

They were confronted with a 25-year-old chronic asthmatic who had suffered a severe asthma attack. She was on her back on the grass with lockjaw and her face was blue. She was effectively in respiratory arrest with only two laboured breaths per minute. Her blood pressure was high at 155/100 and she was in tachycardia with an elevated heart rate of 150 beats per minute (bpm).

She was oxygen aided immediately and salbutamol (a bronchodilator used to open the airways) was administered. The paramedic chose not to administer adrenaline (an alternative bronchodilator amongst other effects) due to a risk of causing heart failure when she already had a very high heart rate.

Her breathing improved and after about 10 minutes she was placed in the ambulance to be taken to hospital. On the way to hospital, her condition deteriorated again with her heart rate dropping to 40 bpm. The paramedic then administered adrenaline along with other emergency procedures.

On arrival at the hospital, she was cyanosed, had no respiratory effort and had no carotid pulse. Further adrenaline was administered and she survived. Sadly, she had sustained severe, irreversible brain damage as a result of deprivation of oxygen (hypoxia) and lived in a vegetative state for the next thirteen and a half years before her death.

A claim was commenced in the Supreme Court in Cairns by her litigation guardian alleging primarily that the Queensland Ambulance Service (QAS) had breached its duty of care to her by its paramedic administering salbutamol rather than adrenaline as the latter was the preferred drug. It was alleged that if adrenaline had been administered then she would not have suffered her hypoxic injury.

One of the central arguments advanced was that the paramedic failed to follow the QAS Clinical Practice Manual (CPM) as it was asserted that the CPM positively prescribed the administration of adrenaline in the circumstances.

At trial, judgment was given in the favour of the QAS as it was considered that there were valid reasons for the paramedic to choose salbutamol in the circumstances over adrenaline and the paramedic was entitled to use his clinical judgment in making that choice in consideration of the CPM.

The trial judge formed an opinion about the evidence of the paramedic given at trial that he had, in fact, used his clinical judgment in making a choice between using salbutamol and adrenaline. That was despite his evidence at trial being somewhat different to previous written statements. Additionally, the trial judge found that there was a body of medical opinion which agreed with the choice made by the paramedic in the circumstances, even though there was also a body of medical opinion which would have preferred the administration of adrenaline.

A successful appeal to the Queensland Court of Appeal resulted in the judgment being overturned and the deceased’s estate was awarded an agreed sum of about $3 million in damages.

The Court of Appeal did not accept the trial judge’s determination about the paramedic’s evidence at trial. It preferred reliance upon his written statements. It also considered the paramedic had misunderstood the CPM, could not have been expected to know of the existence of competing bodies of medical opinion on the issue and in any case was not competent to make an assessment of the relative merits of the two drugs.

The QAS appealed the decision of the Court of Appeal to the High Court of Australia. Its decision is found at Queensland v Masson [2020] HCA 28, delivered on 13 August 2020.

Although the High Court decision is made in two separate joint judgments, the conclusions of all 5 judges were unanimous. The High Court overturned the Court of Appeal’s decision and reinstated the decision of the trial judge in the Supreme Court in Cairns.

In short, the High Court said the Court of Appeal should not have accepted and acted upon the new pharmacological evidence of adrenaline being faster-acting or what it called the “timing submission”. That specific issue had not been put to the medical experts at trial. Also, and probably most importantly, the trial judge’s conclusions about the evidence of the paramedic at trial should not have been overturned by the Court of Appeal.

Some of the High Court’s comments included:

Necessarily, the above is a very truncated summary of complex medical and legal issues with evidence considered in three different courts.

It is not the first time that the High Court has reversed a decision of a State court of appeal for overturning judgments by a trial judge or by a jury based upon the evidence of witnesses when the appeal court did not have the advantage of hearing and seeing the witnesses at trial.

It can be seen once again that medical negligence claims can be very complex and it is extremely important to obtain all the necessary evidence as soon as possible. It was too late to introduce new evidence at the appeal stage. Even though such evidence might have been compelling and made a difference at trial, the timing effect of the two drugs was something that needed to be addressed by the medical experts at the trial stage – it was too late on appeal.

Asthma sufferers may well have their own opinions about this case. Indeed the patient in this case was a chronic asthmatic who normally carried an Epi-Pen (adrenaline auto-injector).

But, paraphrasing one sentence in the minority judgment of the High Court – an emergency doctor would not be regarded as being negligent for considerately choosing salbutamol over adrenaline in the first instance, much less an emergency paramedic operating in the field without the assistance and the facilities of an emergency room.

Certainly, there were no “winners” in this long, sad saga.