AdviceSMART: Another Due Diligence Tool for Property Investigations 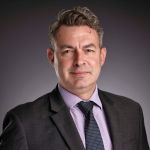 A recent matter has highlighted the importance of undertaking appropriate due diligence enquiries before a buyer commits to a purchase.

We received a contract which did not contain a due diligence condition and was effectively unconditional.

The contract was in the form of the REIQ Contract for Commercial Land and Buildings. This form of contract is the industry standard for these types of transactions.

The Reference Schedule of the contract requires a seller to describe the current use of the property.

However, buyers should be aware that under this contract, the seller does not warrant that the present use described in the contract is lawful.

In this particular contract, the present use was described as industrial. This was, in fact, correct as the property was located in the General Industry C Zone under the Brisbane City Council’s City Plan 2014.

The contemplated use primarily intended for this zone as set out in the overall outcomes for the zone are effectively High Impact Industry that is appropriately separated from sensitive land uses due to the capacity to cause environmental harm, environmental nuisance or unacceptable community safety risks. Broadly speaking, the type of industry contemplated in this zone are those that generate the most noise, odour and emissions.

After raising the issue of use with the client we ascertained the client’s use was not consistent with the intent of this zone. In fact, the proposed use was one which did not fit into low, medium or high impact industry.

As the proposed use did not have the high-level impacts contemplated it actually required an impact assessable development application.

Difficulties were contemplated with any application due to possible reverse amenity issues. Ordinarily, amenity issues become apparent when a proposed use may have adverse impacts on the surrounding existing uses (e.g. a multiple dwelling in a low-density residential area). However, difficulties arose herein that the proposed use may have been adversely affected by existing uses or other uses that may come into existence given the industry contemplated by the zone code.

The problem was ultimately resolved through some changes to the proposed use and a prompt pre-lodgement meeting with Council under the AdviceSMART regime which enabled many of the concerns to be ameliorated.

Accordingly, it is always our recommendation that before a buyer commits itself to a purchase it obtains appropriate advice as to whether its proposed use of the property is suitable or, if relying on an existing use, that the existing use is lawful under the planning scheme.